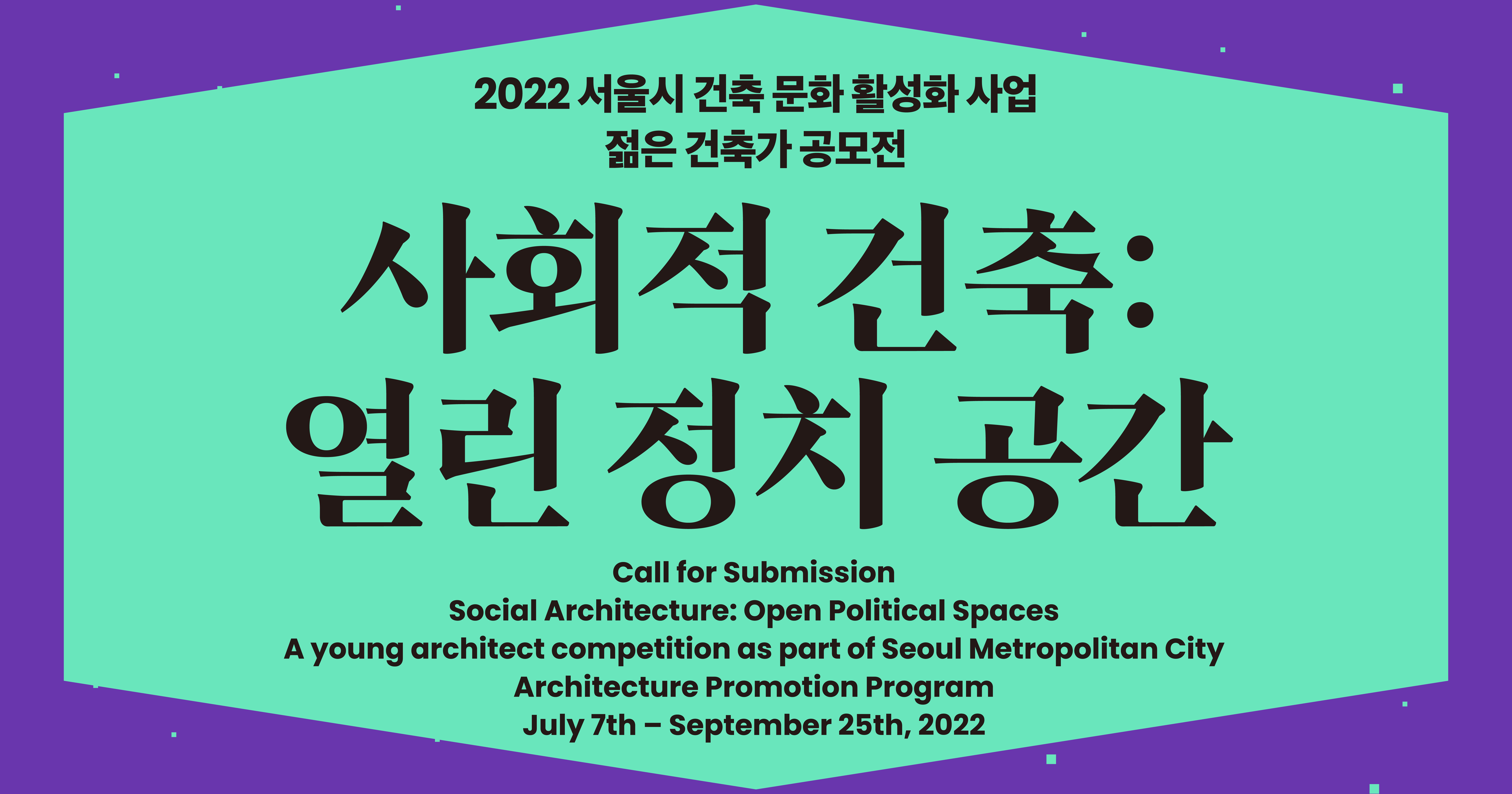 Summary: The underlying assumption here is that architecture can change politics. We hope to discuss and debate the possibilities of political spaces that reflect the contemporary, respond to today’s open society and affect political practices. Cheong Wa Dae, the former executive office and residence of the president of South Korea, having opened its gates to the public and the new National Assembly branch to be built in Sejong city, the de facto administrative capital of South Korea, political spaces have become the center of the nationwide attention in Korea. However, political spaces have seldom been a popular subject in architecture; perhaps because of their durability or similarity all around the world or for that they have changed so little over the centuries[1]. Reminding the presence and nature of political spaces, we hope this call will prompt architects to revisit and reinterpret existing architecture serving as stages for political actors and propose new scenarios from minimal interventions to visions for future cities.

The Call is opened to anyone with a Bachelor’s degree in Architecture earned in or later than September, 2007. Winners are awarded a total of 15,000,000 KRW and the Seoul Metropolitan City Mayor Award. Also, on-and-offline events will be organized to introduce selected works.

About Space Coordinator
Founded in 2008 by Jang Yoongyoo, principal of Unsangdong Architects Cooperation, and professor at Kookmin University, Space Coordinator has been developing programs to support artists and architects. We believe in the potential of creative conflicts. As a platform, we bring together different ideas and perspectives to inspire interdisciplinary exchange.

Since 2020, it has been organizing Social Architecture, a young architect competition held in partnership with Seoul Metropolitan City. In 2022, it commenced a new Instagram-based architecture competition series Space Coordinator open to everyone including non-majors interested in the theme of each edition, which was this time Seoul. Selected works were presented in the exhibition it co-organized with Architecture Design Institution of Korea, Future Architecture, which took place in Total Museum, Seoul, inviting 10 architects from 5 countries.

Submission
Entries will be submitted to spacecoordinator.projects [​at​] gmail.com
Submission documents: original short film FHD, MP4, 16:9, application and diploma
-Please download application and Open Call Guideline from our website.
-Short films should be 5 minutes or less.