How Will Autonomous Vehicles Impact Cities? 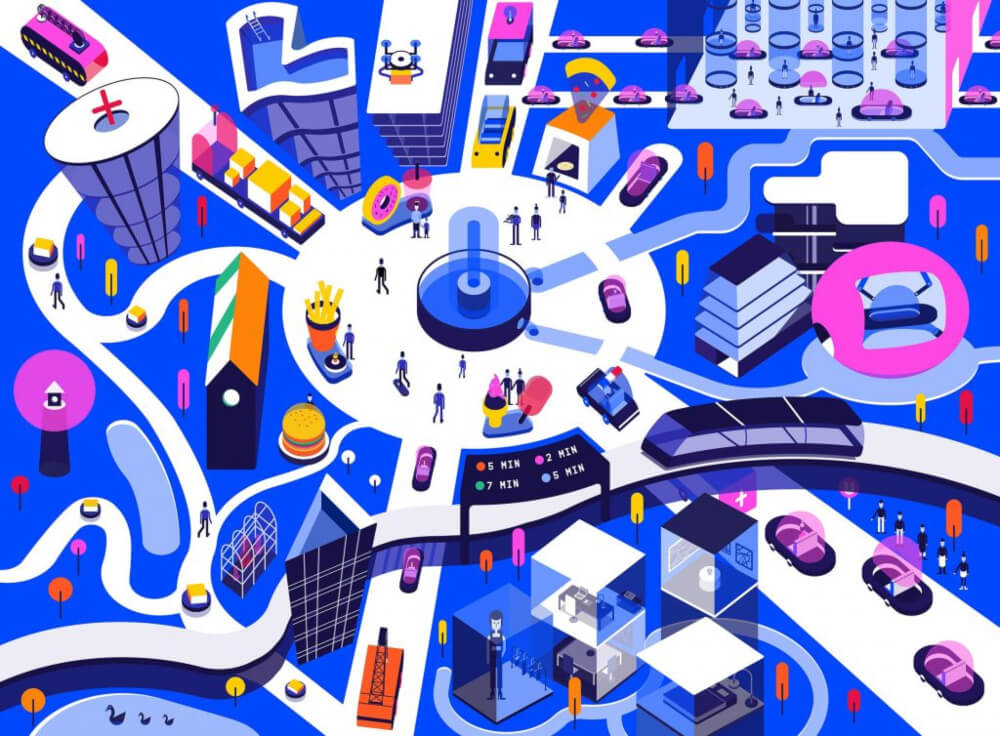 One of the biggest autonomous cars manufacturer Tesla is creating all their newest cars with all the needed hardware for fully autonomous driving. However, Tesla is not the only one trying to bring car operation to computers. Big brands like Audi, GM, Google, Uber, are also striving the development towards autonomous driving. It is clear, that is not so distant future, humans will be just passengers and the cars will do the rest. It might happen sooner than we think.

You probably saw Elon Musk sending his Tesla car into space. One of his next crazy projects is to drive Tesla across the country, without the driver doing anything but enjoying the ride.

With the development of self-driving cars, will the cities adapt their infrastructure and will this new technology interfere with the form of the cities?

Carlo Ratti, professor of Urban Technologies and Planning, director of SENSEable City Lab with architecture and engineering background predicts, that vehicle automation will reduce car usage on highways by 80%.

Fewer cars on the road don’t mean just fewer traffic jams, but also less environmental pollution, less congestion, shorter travel times, … Currently, a lot of areas are meant for car parking. In the future with autonomous driving and optimization of autonomous public transport, these areas could be redeveloped into other programs, like parks, public plazas, central activities, sports grounds and more, bringing quality space into the cities. Ratti also warned that if the autonomous cars will be cheap and accessible, it could promote more traffic.

Erick Guerra is an assistant professor of city and regional planning at the University of Pennsylvania and has a positive vision of the future. He thinks that car automation will lead to urban space being used more positively. However, he agrees that there are a lot of unknowns and uncertainty in how exactly will it affect urban form.

Anthony Townsend, author of Smart Cities: Big Data, Civic Hackers, and the Quest for a New Utopia is involved a lot with research about how will technology impact cities and people thinks that focus of research is too specific on autonomous passenger cars and not enough on other forms of autonomous driving that will also be present in the future, like trash trucks, trucks, delivery system, taxis, public transport, and perhaps some other forms that we are not aware of today.

With these technologies, he belives cities, especially the densest ones will become much more efficient and livable. One of the dangers that he sees in autonomous technologies is that long distances to work and city centers will become more bearable, thus promoting urban sprawl if legislators will not take action. We could end up with more cars instead of less.

Kinder Baumgardner, a managing principal on SWA Houston, landscape and urban design firm recently published a paper titled “Beyond Google’s Cute Car.” He believes that reduction in cars will transform city centers especially with transforming parking garages and lots into other functions. He notes that owners and operators of garages are already thinking about ways of reusing their properties.

Development of technology could mean that suburbs become less isolated and more attractive because of the decentralization of city cores, more services and also because of work from home possibilities. This effect can be already seen today. There could be a shift from the desire to live in city centers to the suburbs.

David Ory, panning principle at San Francisco Metropolitan Transportation Commission, believes that planners will have to think in a more broad way about the impact of technologies on cities, especially because of the unpredictability of the impact. He thinks an ideal scenario could be a major reduction in land devoted to cars of all types.

He also warns that we could get ahead of ourselves in planning for autonomous vehicles of all types.

Jarrett Walker, president of Jarrett Walker + Associates, planning and transit consultant who advised cities around the globe is also skeptical. He warns that if you make something more accessible and cheaper, more people will use it. It is important to think about the consequences.

He states that there should be strict regulations and interventions to have this new phenomenon under control. He states that we must think about the space that we want to live in and not how to get ready for autonomous vehicles.

Lisa Futing, Project manager at Audi Urban Futures Initiative says that the biggest change to the urban fabric will be in spaces dedicated to car parking. She thinks parking will be moved indoors and outside of city centers, thus freeing a lot of spaces for public programs and other development.

Brooks Rainwater, Senior Executive Director at Center For City Solutions, National League of Cities warns that not enough cities are thinking about the problems self-driving cars could bring into the cities.

His group did research, where they found out that only 6% of the country’s major cities are considering self-driving vehicles in their master transportation plans. He believes that in the future and with technology improvements there will be no more need for traffic lights and clear road distinctions, which will have a major impact on the city structure.

How exactly will they transform cities in not certain, but here are some speculations:

Main major roads will still exist, but there will be not as many. Limiting where cars can go and synchronization between individual vehicles will reduce the number of accidents and crashes.

There will be more possibilities for parks and recreational areas because of fewer areas dedicated to parking lots.

To be as efficient as possible we must reduce the time that driverless cars will be driving empty – Zombie cars. One of the ways is to include a tax on “zombie cars”.

Pick up and drop off zones for autonomous taxi users.

Zoning laws can chill out because they lose their justification in cases of restrictions due to traffic reduction and parking space requirements.

Future cars will know the rules. No more need for traffic lights, signs and other streetscape build for drivers.

Remote operators will be ready to take control of the cars in case of road maintenance and other unpredictable situations.

Side streets will be for people with more car access restrictions.

Larger self-driving vehicles will be able to take on multiple roles at different opportunities.

Fewer people will enter buildings from garages and more from the lobbies, which will affect architecture and floor plan organization.

Robots and drones will take on different tasks, such as grocery shopping, delivering goods and mail.